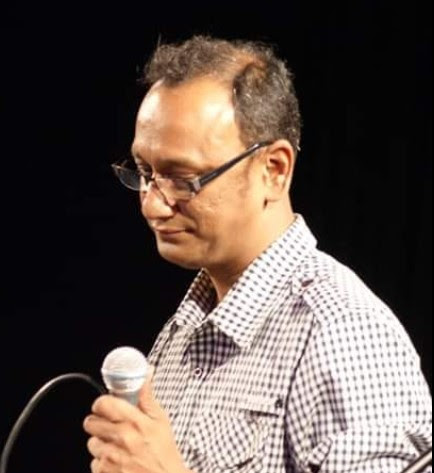 Masud Mithun with his euphonious voice is highly acclaimed by Bengali music lovers living in Australia. Close family and friends also known him as Mithun. Hails from a family where everyone has a strong passion for music, Mithun started his musical journey at a young age. While accompanying his sister to a music school, he got attracted to the irresistible power of music, rhythm and tune.

🎩
An Accountant by profession, Mithun started his career in the corporate world and was still singing in some programs in Bangladesh. Migration to Australia more than a decade ago couldn’t create any intermission to his strong inclination towards the music.

🎊👀
Mr. Masud Hossain started singing as a solo performer in Sydney and later on along with 3 other music lovers formed the musical group Lal Shobuj with in a short time.

🤩🎯 ❤️
Masud Mithun and Lal Shobuj are now a familiar name amongst the Bangali community in Australia. Mithun individually and with Lal Shobuj regularly performs in the various cultural programs and travelled across the country with their splendid presentation.

🎼 🌿🕵️
Mithun considers himself as a voracious listener of all sorts of music with a comfort zone of melodies, modern and oldies. He acknowledges wife 👩Neela as his inspiration and loves to sing classical, semi classical, old film songs and soft melodious band songs.

🏃♀️🔉📣
Masud Mithun is a dedicated cultural & social activist and a skilful organiser. He is the Vice President of Campbelltown Bangla School, a leading community language school of Sydney.