Mithu, well known as the Rock Star of Sydney has been performing in Australia with his musical troop SHAWPNO Band Sydney.

Mr. & Mrs. Barua will be accompanied with rhythm guitar by our popular singer Mithu Shawpno.

Born with a God gifted melodic talent, keen pair of ears for musical notes, deft hands and a very well-coordinated hand-mind-soul to produce melodious tunes, Mithu stands out as the most versatile singer that the local community audience, artists and music organizers would ever trance! Mithu however claims an established fame beyond the confines of Local Bengali Australian Community.

♂️
Mithu has received the respect of many eminent artists and he believes that this inundated flow of applause from his supporters applauded him to drive himself further to render the most outstanding performance on his versatile voice and singing aspirations!

His primary music/sangeet guru was Rani Prova Chowdhury. After 3 years of music lesson he could not continue further due to his more involvement in Sports. Finally he started once again joining Shilpakala Academy Chittagong where he had his lesson on classical music.

Inspired by contemporary Band music of Souls, Feedback, Spark, Message and few other bands, Mithu joined one of the popular Chittagong bands of that time “City Boys” as a Lead Singer in 1992. The very next year he formed his own Band “RUSH” with the help of his musician friends and performed countless stage shows, in most of the cities of Bangladesh. One of the remarkable and innovative shows was organised by GRAMEEN PHONE BD under the banner “POTHE POTHE” where his band travelled around all the main cities of Bangladesh and performed successful stage shows.

⚕️
At Present Mithu is actively performing with SHAWPNO Band Sydney as a Vocalist and supporting Guitarist. He is also involved with FnF Cultural Group Australia as the pioneer & one of the organizers and Cultural Secretary of Chattogram Club Australia.

For him, Music is one of the good reasons of being alive on Earth. 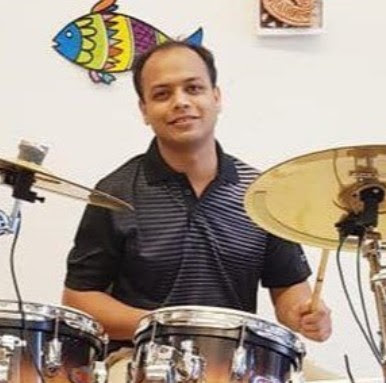