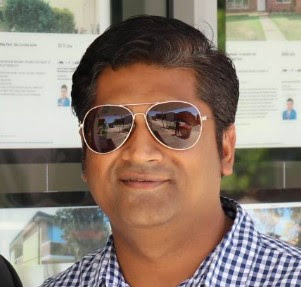 👨‍⚕️
Tanveer Howladar is commonly known as Emon. Who is a guitar enthusiast and professional guitarist. In his early days has played in different local band in Dhaka, Bangladesh. He used to play rhythm, lead and bass guitar. Decades back Emon moved to Sydney, Australia. He had appeared most of the live shows in Sydney early 2010.

🎩
Born with a God gifted melodic talent, keen pair of ears for musical notes, deft hands and a very well-coordinated hand-mind-soul to produce melodious tunes, Emon stands out as the most notable ‘Bass Guitarist’ that the Australian audience, artists and music organizers would ever trance! Tanveer Howladar (Emon) however claims an established fame beyond the confines of Local community.

🦸‍♂️🎸🥰👉
As a champion musician, Emon has received the respect of many distinguished artists and he believes that this inundated flow of applause from his well wishers cheered him to push himself further to render the most outstanding performance on his bass guitar!

🌿🎼🎹🎸
Mr. Howladar has also been expressively involved in the folk, modern country and rock music scene in Australia for a long time and reports feeling specially divinely blessed by a ‘Higher Power’ for having the opportunity to perform with some of the best ‘visiting’ and ‘residing’ musicians from Bangladesh, India and Overseas.

🎹🎼👨‍⚕️
In 2004 the band named ‘‘MYTH’’ formed and it’s founder member Emon who was one of their band member. The band ‘‘MYTH’’ changed its name to JODDHA year later 2005 which initiated by Emon. Due to the members other commitments JODDHA could not bloom properly until 2014.
Currently Emon is the passionate Bass guitarist of ‘Joddha’ band in Sydney.